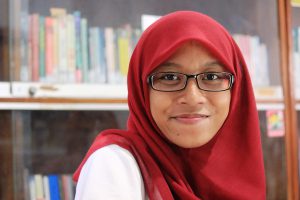 What people think about muslims?

What such thinking and assessment can lead to?

Muslims started to come to the Czech country in the ancient times. The first ones that appear here were usually scholars. The religionist Zdeněk Vojtíšek thinks that the beginning of bad opinions on muslims started in modern times, when a few Czech travelers made a journey to Palestine. “They reported that Islam was delusive and dangerous religion. In addition, there was also a fear of aggression of the Ottoman Empire,” said Vojtíšek in an official document about Muslims Community in the Czech Republic.

The first gathering of the Czech Muslims Community was hold in 30’s in 20th century, but oficially it was acknowledged by the protectore goverment in 1941. After the WWII, the muslims lived in secrecy, because Islam was forbidden religion. The situation changed after the Velvet revolution in 1898, the Islam was permitted. The first Czech mosque was built in Prague in 1999. There are only two mosques in the Czech Republic. The second one is in Brno. Besides them, there are also several meeting houses where Muslims can meet and pray.

We cannot say exactly how many muslims live in the Czech Republic. According to the census in 2011, there are 3358 people believing in Islam, but people don’t have to provide information about their religion. However, experts say there can be about 10 to 20 thousand of muslims in the Czech Republic.

Studies published in 2016 present that muslim people in the Czech Republic feel negative attitudes from others. “Some of the respondents mentioned verbal attacks in everyday life as well as in online space. Nearly all women respondents wearing traditional scarf met vulgarisms and staring from other people in the street. Some say they were physically attacked,” say one of the studies.