What do people think about lesbians? 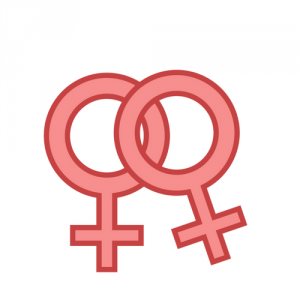 Gambia, Mauritania, Nigeria, Sudan, Barbados, Iran, Yemen, Saudi Arabia. Those are just some of the countries where homosexuality (homosexual relations to be specific) is punishable by death. Close behind those are countries where this act is punished by beating, jail or fine.

Even in the Czech Republic where gays and lesbians don’t have to be afraid of the death penalty or incarceration, they can constantly face attacks, hate mail or discrimination. For example, the death of Filip Havlicek (14) who committed suicide by hanging himself in February of 2014 spurred discussion on the topic of homophobia in our country. Cases, where an individual can’t take homophobic remarks or straight up physical attacks, are not rare. Some decide to take their own life, some ,,just” blame themselves and hide their orientation for their whole life.

Homosexuality is legal in Czech Republic since 1962. There are countries where same-sex relations were legalized much later. Nonetheless, there are still some bright examples. For example in Luxembourg, homosexuality has been legal ever since 1795.