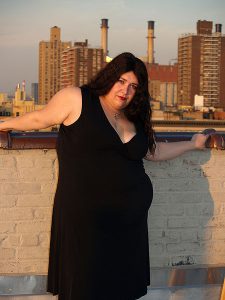 What do people think about fat individuals?

In the past, a busty figure was considered a sign of wealthiness, sufficiency, and prosperity. Today’s world sees the ideal in a slim figure, especially amongst women. Obese people are often looked at through fingers thanks to that. Society is especially harsh towards obese people and is often not forgiven. Obese individuals are victims of discrimination on a daily basis, be it conscious or subconscious, hidden or in plain sight.

Weight is especially judged in women. It even plays a role when looking for a job. Bigger women are at a disadvantage in work positions, such as an assistant or a secretary. ,,Those positions are still connected with the idea of a pretty and, if possible, attractive woman,” says psychologist Tomas Vasek. Obese people often don’t achieve much success during their employment and have lower income thanks to that.

Discrimination against weight isn’t felt only by the individual it is targeted towards, it also affects their friends and family.

Body and mind are always connected so obesity is in most cases a psychosomatic disorder. Common causes are hereditary (problems with metabolism), hormonal causes, bad eating habits, and psychic causes.

Jokes about fat people are one of the socially accepted ones, many overweight movie and TV characters are considered messy, lazy, clumsy or at least silly and dumb.

Prejudices against obesity are common even amongst medical staff. Almost 60% of practitioners blame obesity on the strength of will and one third considers people to be lazy.

Many findings were thanks to the Imperial College research where scientists compared the BMI of 20 million all over the globe in the past 40 years.